We have written a number of special round-up reviews of NYC’s “best of” desserts – from rainbow desserts, to cookies (chunky, home-style, dinner-plate-sized), seasonal interpretations of pancakes and french toast, to the wide spectrum of ice cream creativity.  With the advent of cold weather season here in the Northern Hemisphere, a winter dessert round-up review seems timely.  A traditional camping treat with origins in this part of the world, the dessert known as “S’mores” — toasted marshmallow, chocolate and graham cracker — has been re-interpreted into a variety of different forms in NYC.  All the better, we think, for many s’mores dessert adventures!  Enjoy!! 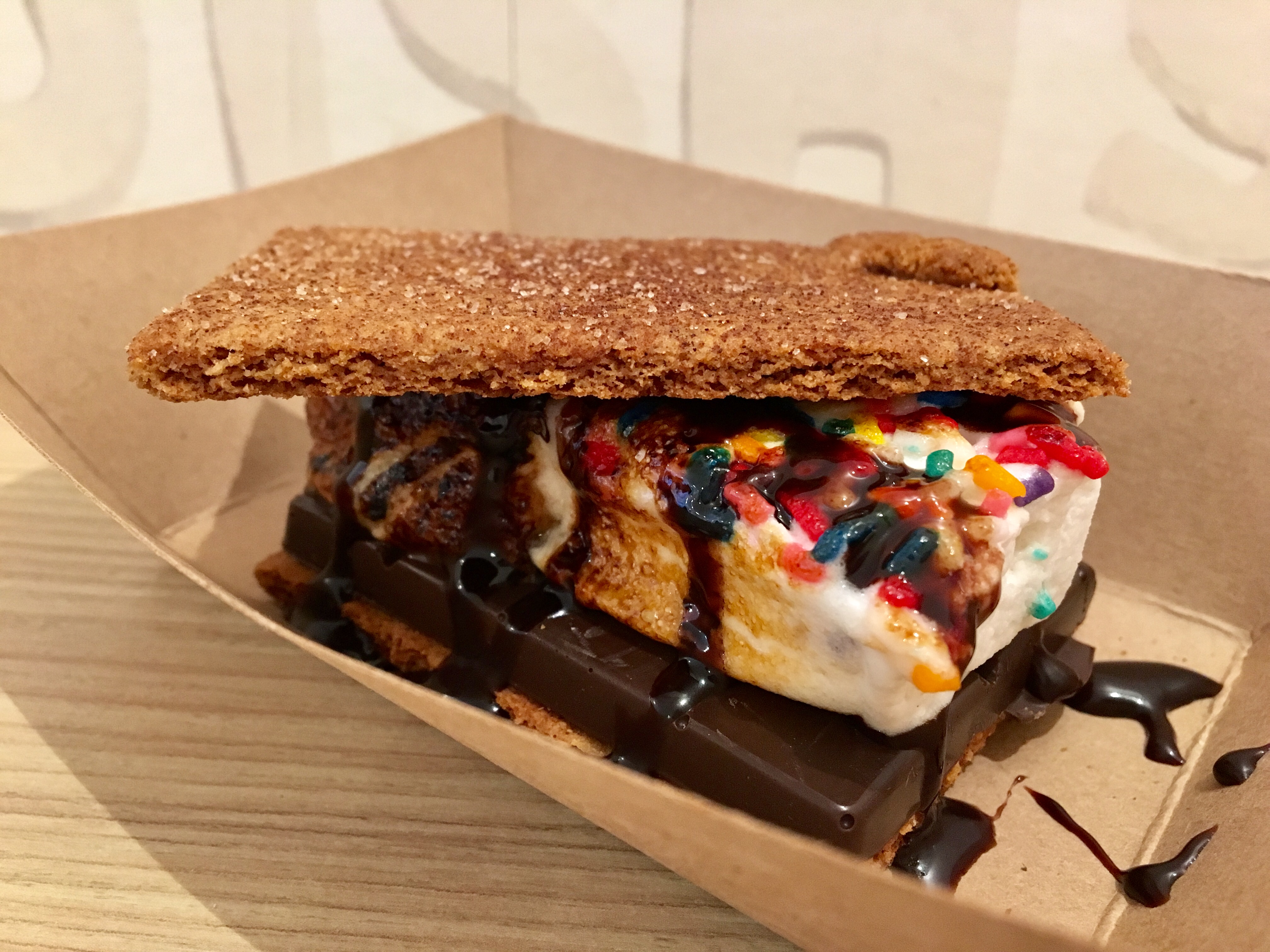 A trick on a stick 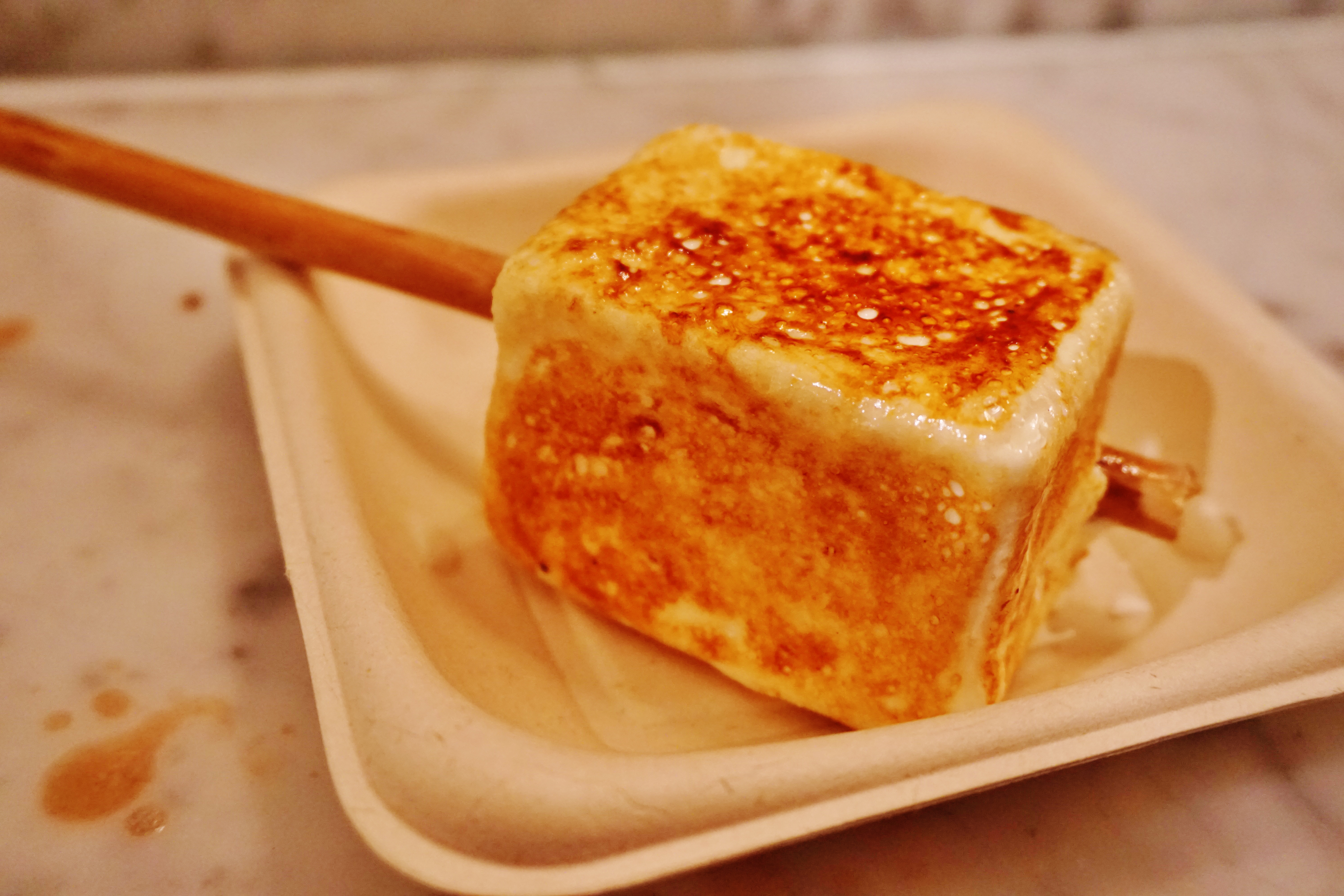 No bar on sugar 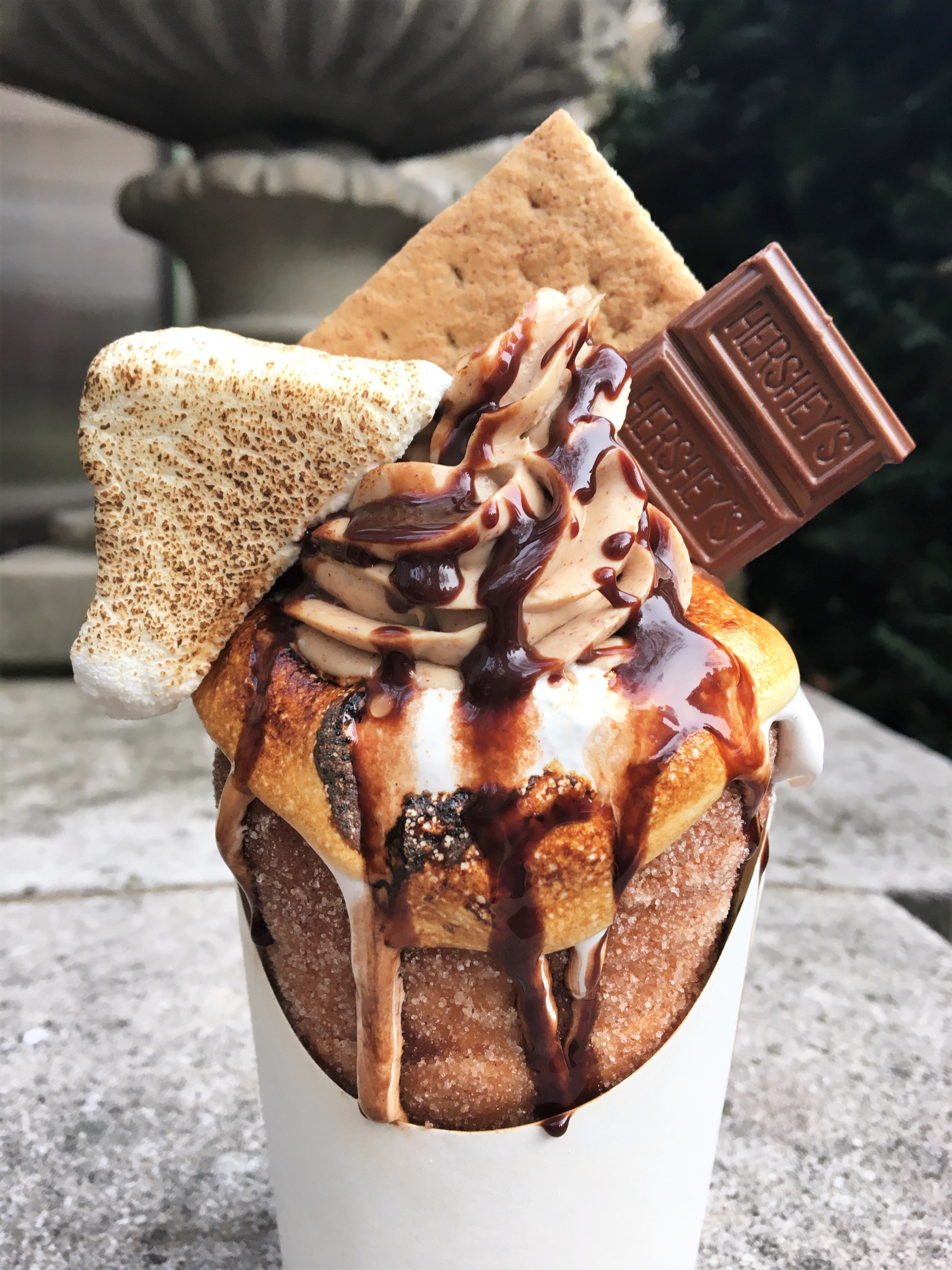 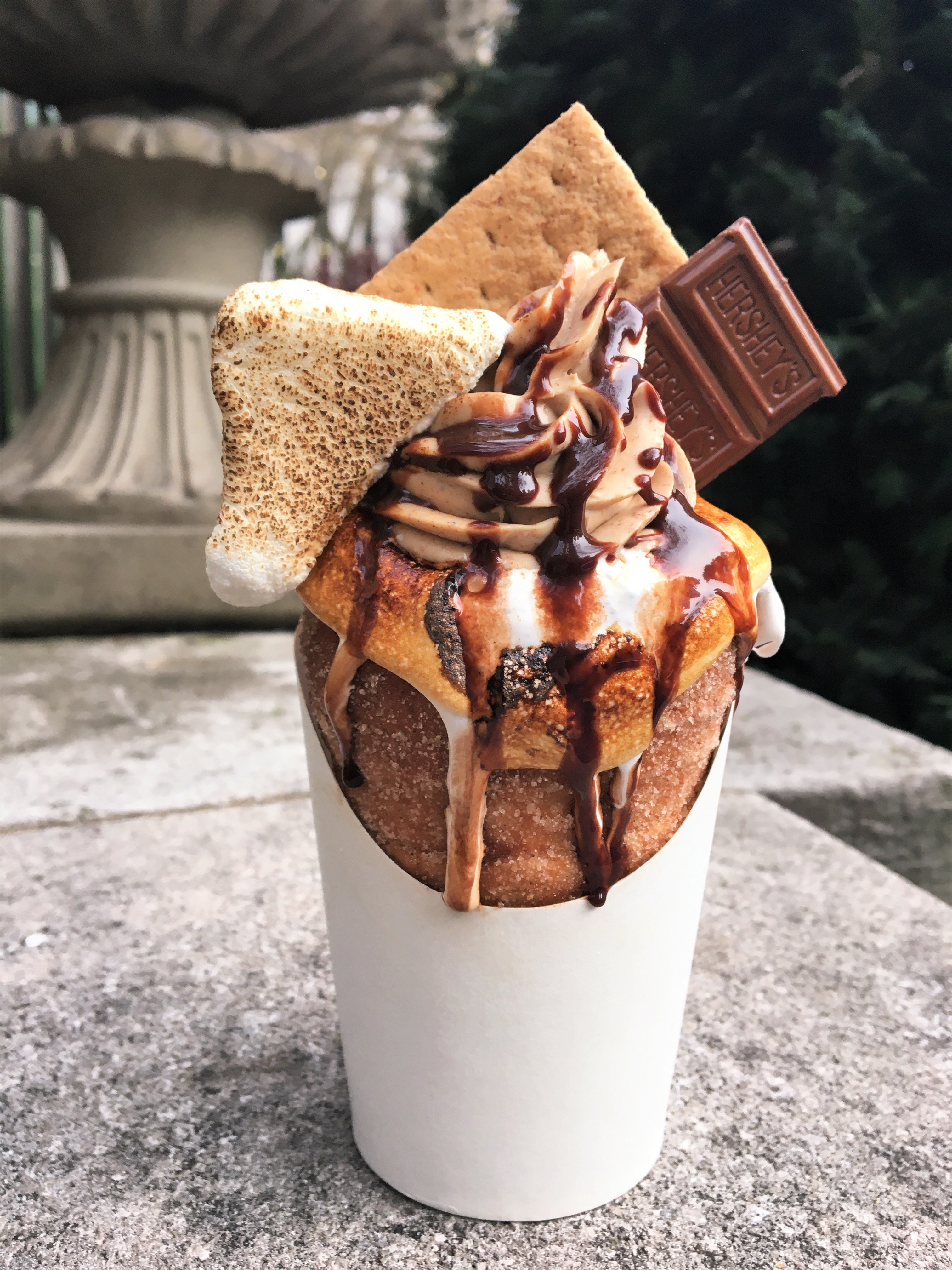