Taking tea and tour in a closeted, gothic-Italianate Victorian manor.

Mother’s Day calls for something special. When MoMo & Coco launched this dessert-only blog in 2011, one of our first reviews (and certainly, one of the most-visited reviews thus far) documented a very special high tea in one of the most beautiful, most exclusive venues in Melbourne, the Plaza Ballroom. Bypassing yet again the suffocating crowds at other high tea establishments in Melbourne, your Dessert Correspondents trawled through our resources, found and decided on spending an afternoon at Labassa. A veritable relic of an ornate era in Melbourne’s history, Labassa is a little-known treasure protected by the National Trust Fund.

Labassa is located in a quiet cul-de-sac in an inner-eastern suburb of Melbourne. On a stormy Mother’s Day 2012, it looked like a haunted house. Commanding a foreboding presence on its corner block, a beaten gravel driveway circled and unfurled at its opulent front. Designed by architect J. A. B. Koch, and commissioned by A. Robertson, Labassa reflected a fusion of design sensibilities. It melded the columnal elegance of Corinthian architecture with that ostentatious Victorian aesthetic of plastered embellishments. It was also inlaid with the hallmarks of Italianate marbling and stamped with a noir Germanic edge. 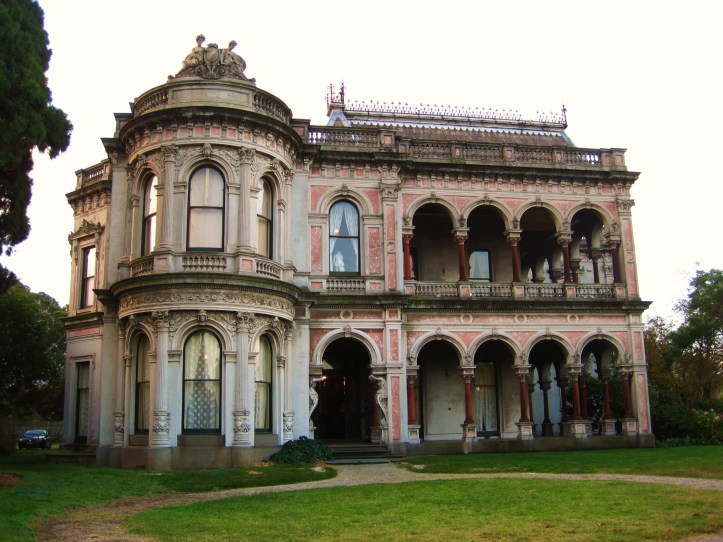 Photography was strictly prohibited, so the photographs reproduced below are snapshots from a souvenir booklet of Labassa as posed in our own home. They are mere depictions, so you will have to rely on our description. At the entrance, a grand mahogany stairwell was the first sight that one’s gaze set upon when entering Labassa. The general darkness about the space was partly alleviated by the illumination of the magnificent stained glass backdrop. Towards the right of the entrance, one entered the parlour room awash in a brilliant buttercup shade. As the setting of the afternoon tea, it was an intimate and sumptuous space, and the brightest room in the house. Heavy gold damask drapes framed the windows, while the ceiling and fireplace were festooned with that elaborate relief work common in old European-style homes. As with the Plaza Ballroom high tea, a sense of exclusivity was cemented by the seating of just under 30 guests that afternoon at Labassa.

By contrast to this front room, the rest of Labassa was dark, ghostly almost. The walls were patterned with vines and fleur-de-lis in a variety of embossed silver, deep browns and burnished golds, and then alternatively panelled in heavy oaks. Some aspects were beyond repair and restoration, tearing away from the walls over decades of neglect or faded out from decay. 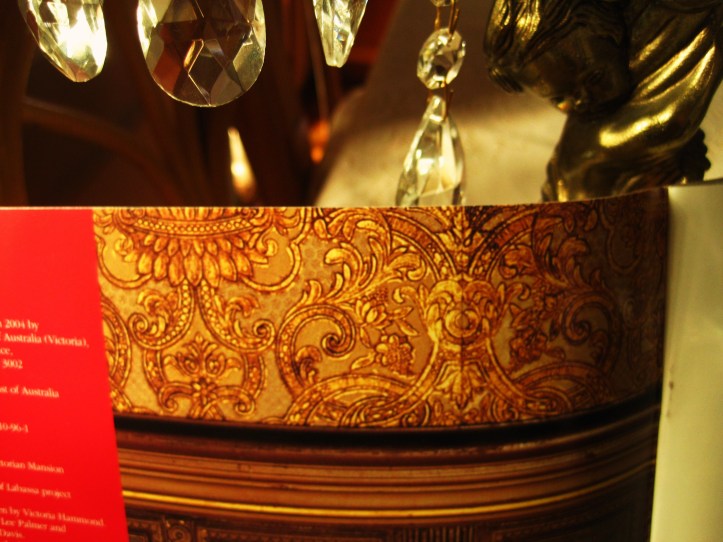 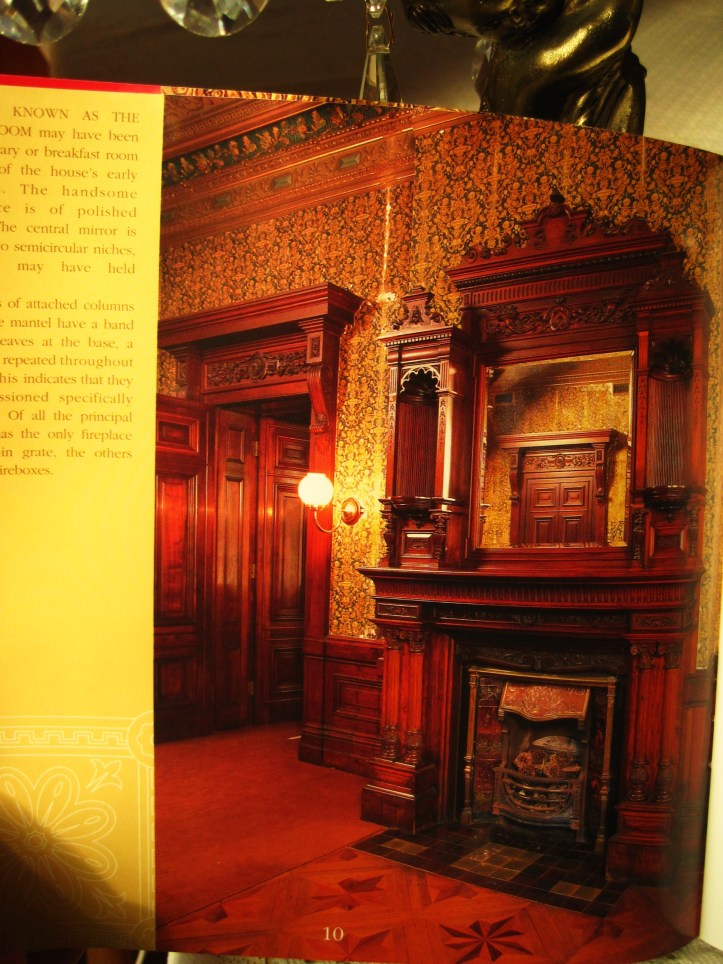 A glide over and up the creaking staircase led to a landing where on looking upwards, a jaw-dropping trompe l’oeil had been painted on the ceiling to create a soaring dimension.

The Mother’s Day High Tea at Labassa was a traditional affair. The table was set with lace doilies and a vibrant bouquet of carnations, the latter thoughtfully wrapped up and given as a souvenir to the mother at the end of the afternoon. The dining ware was simple — white porcelain edged with a gilt rim, partnered with kitschy souvenir teaspoons with bird badges. No three-tiered silver service here, which would not have been able to sit on the small lace-laid tables. A glass of sparkling wine was offered, while non-alcoholic beverage was sadly limited to black tea or black coffee. Tea was loose-leaf, and not tea bag. 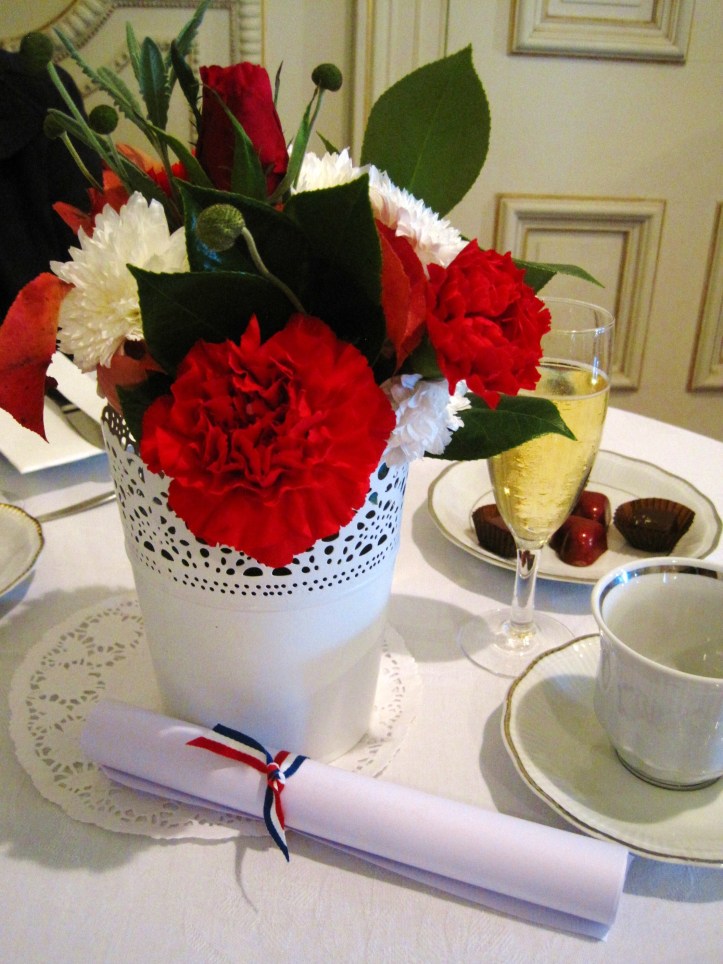 Labassa is only open to public once a month, and has no on-site kitchen. The food for the afternoon tea was therefore catered externally. Although limited, a degree of thought had been put into the menu selection. The quintessential ribbon sandwiches were present and of three types: salmon (with avocado and capers), cucumber (with cream cheese), scrambled egg (with chive mayonnaise) and roast chicken (with celery and seeded mustard mayonnaise).

No scones followed, so sad. However, there was a quartet of sweets: an excellent puffy, custard-filled profiterole; a so-called, strangely named, “Asian tasting spoon” that was more raspberry jelly scoop topped with a dark bitter chocolate truffle than anything else; and two macarons for each person of a texture and flavour that reminded us exactly of that from La Belle Miette. We do believe they were indeed sourced from there! 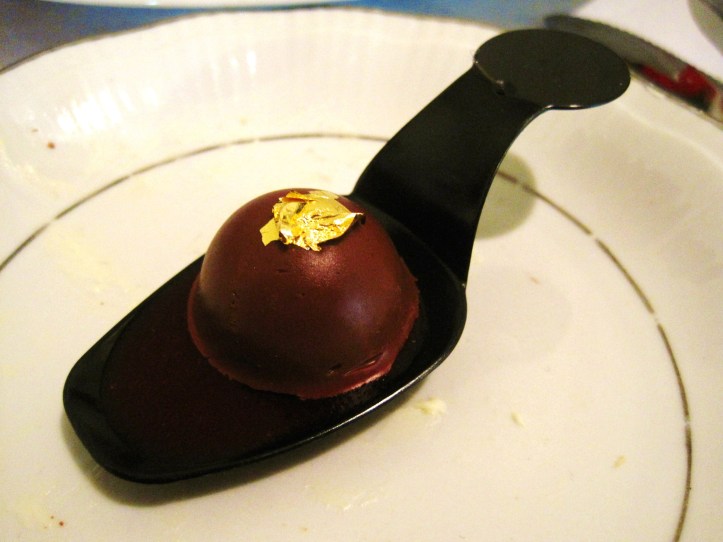 A plate of dainty chocolate bites was also presented, and was a sweet touch for the mother of the day.

After about an hour of nibbling and conversing over the afternoon tea, a tour of the old estate was conducted by a dedicated and well-versed caretaker. It was an intimate insight into an exclusive part of Melbourne’s history. 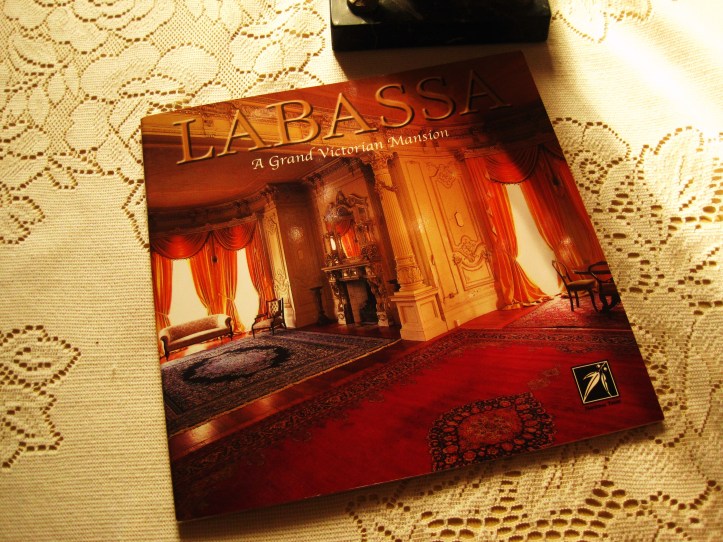 Afternoon tea is about an experience, and that was what Labassa delivered. Taking tea at Labassa was a step back in time. Yes, the food was arguably a little sparse and underwhelming, but this was understandable given the limited circumstances for culinary creation. Rather, the food played a supporting role to the very rare opportunity to learn about a closeted aspect of old Melbourne society, to see an elegant, stately yet flamboyant Victorian vestige of Melbourne history, one that still remains largely unknown to the general public. Courtesy of Labassa, our mother now holds another special memory. We can’t ask for more.